How to Grind Your Own Meat

Despite the fact that we primarily eat a plant-based diet, if my husband and I were stranded on a desert island and had to choose just one meal to have for the rest of our days, we would pick hamburgers. But not just any old burger. It would have to be a juicy, perfectly seasoned hand-packed patty in between a soft yeast hamburger bun and piled high with fresh toppings.

Oh man, that would be quite an island. For the last two years, I have been wanting to try grinding my own hamburger meat. I already owned the KitchenAid food grinder attachment (Amazon), which sadly I’d only used for fruits and vegetables. I wanted to see what else this baby could do.

Recently The Oregonian‘s FoodDay section featured Secrets to Building a Better Burger. Tip #1? Grind your own beef. With a summer’s worth of grilling ahead of us, I was ready to take the plunge.

I started doing my research. By the third online forum, I was getting seriously bogged down. People have some strong opinions about what makes the best burger. Short ribs! Bacon! Fat! Brisket! Urgh. I was starting to have second thoughts about this whole experiment.

Then I came across an article by Ryan D’Agostino, featuring Bobby Flay, grill master extraordinaire. In Esquire, of all places. It was so clear and simple; I was back on track and ready to grind some meat. First stop, New Seasons meat department, which is pretty much the only place I buy meat anymore. (New Seasons is a Portland, Oregon-area market focused on more natural/organic food.)

While my kids entertained themselves with mini carts, I explained my plan to one of the butchers. He grinned at me, leaned across the counter, and told me about the best burger he’d ever eaten. It was created one night when he was working late. He ground up some leftover beef cuts and grilled it into the stuff of legends. All of this was spoken in a quiet, conspiratorial tone, as apparently after-hours meat grinding is frowned upon. I knew I was talking to the right guy.

According to Bobby Flay, keep it simple. 85% chuck steak and 15% sirloin steak will give you a good meat to fat ratio. Different cuts will give different results, but for now my goal is just to figure out the basics. Throw in some extra trimmings to bump up the fat content a bit; I prefer burgers with around 20%. Don’t be intimidated by this step. It really does come down to personal preference (a good butcher helps, too).

Butcher Guy and I settled on a combination of chuck roast and Denver steak, which is a nicely marbled cut and a bit cheaper than sirloin. My grand total for meat came to just under $16, or about $8/pound.

So here’s the rub. I can buy ground beef for almost half that price per pound at New Seasons. It is ground daily and tastes great. So if you are comparing home-ground beef with high-quality, locally-raised ground beef, you probably won’t notice much of a difference. It would be hard to justify the extra expense.

However, if you are comparing it to a frozen pre-formed patty or a tube of neon pink ground beef shipped from Kansas and made from who-knows-how-many different cows, you will definitely taste the difference.

Once ground, the two pounds of beef that I purchased resulted in seven good-sized hamburger patties. Figuring in the cost of homemade buns and simple condiments, we still ended up with seven delicious restaurant-quality hamburgers for around $20. Not bad. The first step is to cube the beef into 1-2″ chunks. Freeze on a parchment-lined baking sheet until firm but not frozen, less than an hour. I think my hands might have started shaking a bit at this point. The anticipation was killing me. And this is coming from someone who really, really hates dealing with raw meat. I set up the grinder attachment and started dropping in cubes of beef. The machine immediately became clogged. I was making mush. Ack! My husband, who happened to be walking through the kitchen at just that moment, came to my rescue. “Um, I think you forgot the blade.” Right. I could see how that would be important.

With the blade installed, the grinder worked like a charm. Seriously, I had a dumb grin on my face and had to resist the urge to run out the front door and announce to the world, “I have ground meat! From meat!” Pretty much like Tom Hanks in Castaway. There is just something incredibly satisfying about gaining greater independence by figuring out a new skill.

The ground beef was light and moist and perfectly flecked with specks of fat. It was not slimy or mushy at all, more like steaks that had been ground into hamburger meat. Imagine that. Because the meat will still be cold, it is really easy to handle. Working quickly, shape it into uniform patties. You don’t want to overwork the meat or pack it too tightly. According to Flay, “You want a little bit of separation so the juices can run through and actually create lots of moisture from the fat when it melts.”

I made an indentation in the middle of each one with my thumb; this prevents them from getting too thick as they shrink during cooking. Thanks for that, Rachael Ray. It is quickly becoming apparent that I would be lost without the Food Network.

I flash froze the extra hamburger patties on a parchment-lined baking sheet before sliding them into a storage bag for a quick dinner down the road. Cook on a hot outdoor grill or indoor grill pan, flipping once, until desired doneness. Don’t press the burgers down on the grill, as this causes the juices to run out. Add cheese? Yes, please.

An internal temperature of 160, or well done, is what is recommended by the USDA. If you are buying fresh meat from a reputable source, you should not get sick from meat that is still a bit pink, so consider the source.

And as always when dealing with meat, avoid cross-contamination by keeping your work area and serving platters separate and cleaning everything with hot, soapy water or a mild bleach solution. By grinding your own meat, you can create a seriously delicious, perfectly customized hamburger. Add Homemade Hamburger Buns to the equation, and the results will pretty much blow you away. Both are great opportunities to be more of an active part in creating the food that you place on the dinner table.

The steps for grinding meat were so much easier than I thought they would be, and the results were more than worth that small time investment. In the future, I plan to watch for sales ($4-6/pound) on quality beef cuts that contain a good meat to fat ratio for use in hamburgers, tacos, or meatloaf. I would also like to try chicken or pork. Sausage? Somebody stop me!

Do you grind your own meat? What advice do you have for the rest of us? The KitchenAid Food Grinder Attachment for stand mixers is compact, affordable, and easy-to-clean. Available on Amazon, this versatile tool grinds everything from meat to beans to produce. 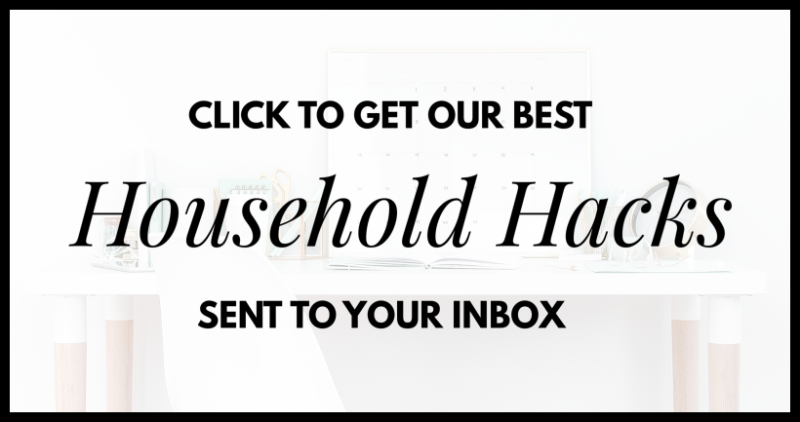